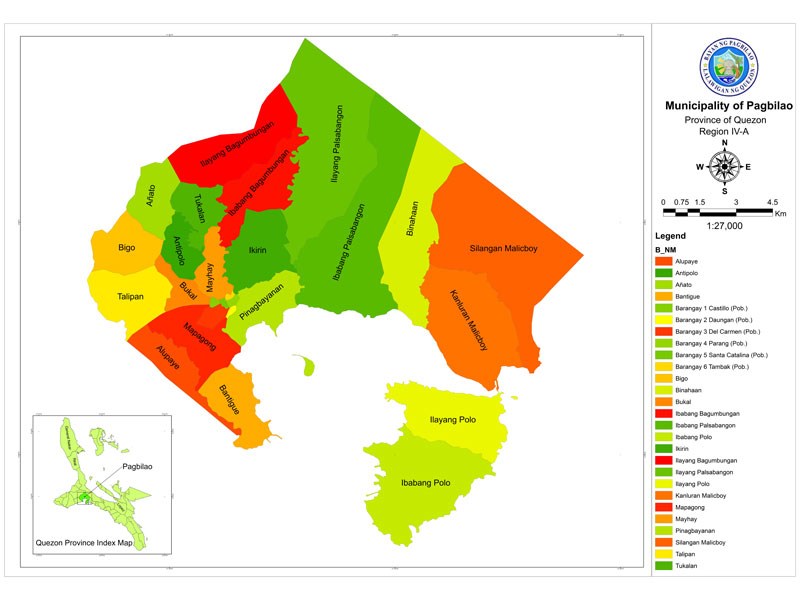 Pagbilao, Quezon is one of the gateways to the South. The Municipality is located eight (8) kilometers from Lucena City, the Provincial Capital of Quezon. Its geographical coordinates are 14?0’0”N latitude and 121?45’0”E latitude. It is bounded on the northeast by the City of Tayabas, northwest by Atimonan, southeast by Padre Burgos and southwest by the City of Lucena. Pagbilao has a total land area of 17,760 hectares as per Bureau of Lands Records. It is composed of twenty seven (27) barangays; twenty one (21) of which are rural barangays and six (6) are urban barangays.

Pagbilao is located generally on a hill side with a slope of 0-3%. The poblacion is surrounded by agricultural crops like coconuts and rice while a small percentage that of within the boundary of Mauban, has <30% slope. 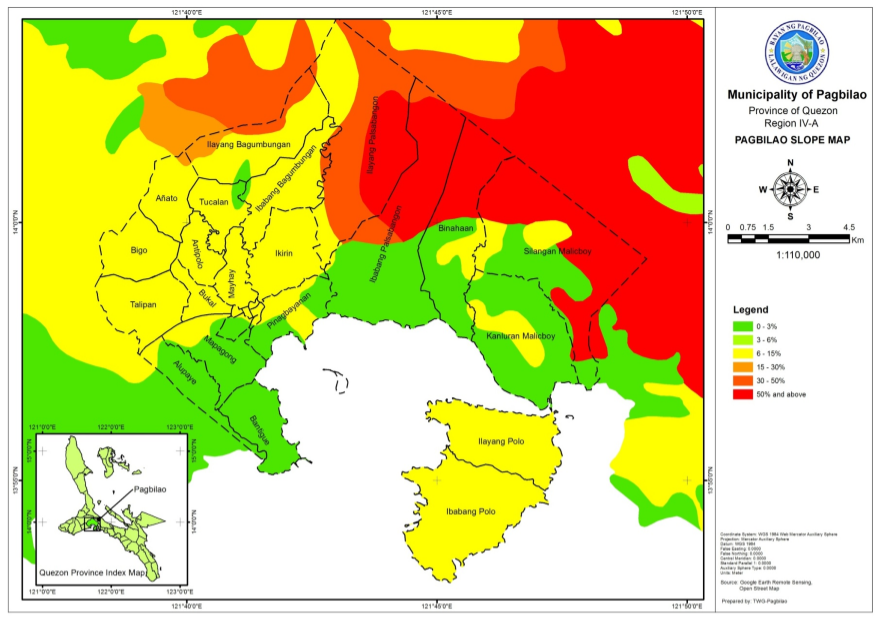 Generally, there is no fault line within the area of Pagbilao. There is bountiful source of ground water due to forest areas in the municipality aside from major rivers like the Palsabangon, Tambak, Locohin, and the Binahaan rivers. 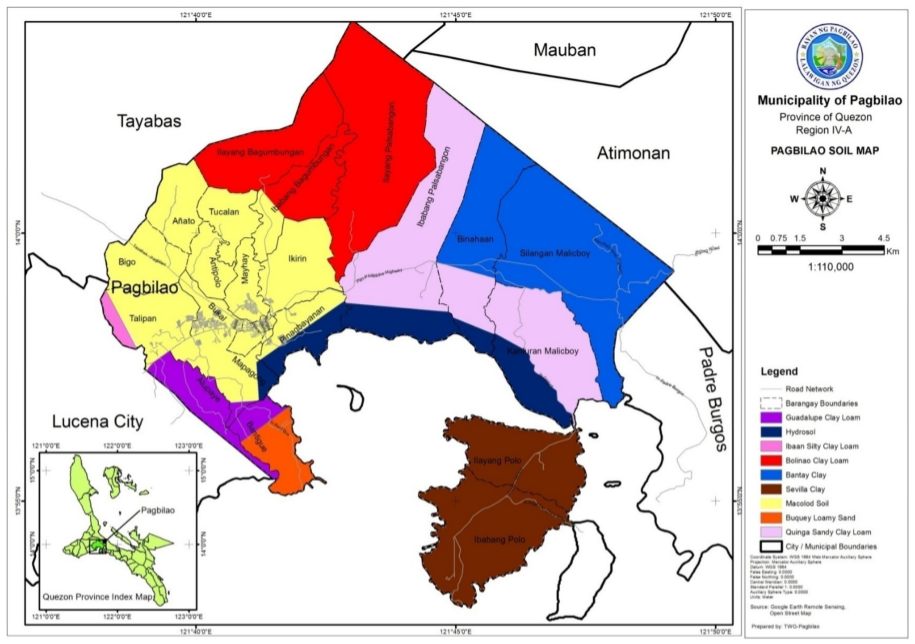 Limestone and industrial lime reserves are estimated at 256,438.000 M.T. and which can be found in Barangays Ilayang Bagumbungan, Silangan Malicboy, Kanlurang Malicboy and Ilayang Polo. It has an aggregate area of 27.0514 hectares.

Only a portion of Ilayang Bagumbungan is permitted for exploration for limestone manufacturing, eventually opening job opportunities for the unemployed sector of the population and the development of the surrounding area.

The main source of potable water of the people is the Quezon Metropolitan Water District (QMWD) with water schedule on rotation from 10 am to 10 pm. Other sources are the three major rivers, rain water, open well, natural springs scattered around the area, piped water and other watershed area in the municipality.

The forest area within Silangang Malicboy is part of the Quezon National Forest Park classified as a virgin dipterocarp forest. A portion of the forest area within barangays Binahaan and Ilayang Palsabangon had been subjected to timber licensing agreement but has been suspended since 1978. However it has been observed that some portions are being utilized by Kaingeros.

The municipality of Pagbilao used to have two (2) types of climate – dry and wet seasons (source Socio Economic Profile of Pagbilao, Quezon 1984) with a very pronounced maximum rainfall from November to January. This is due to its nearness to the eastern coast and is not sheltered from the northeast monsoon, trade winds and storm.

This, however, had been refuted repeatedly as rains and dry periods have no prominent season anymore. Because during summer which should have been hot is raining much and at times with storms and the other way around during rainy season. In other words, still there are two seasons. And yet one will just guess when will it be prominent. This is primarily predicated to the climate change which brings the conditions to extreme - both raining or shine. 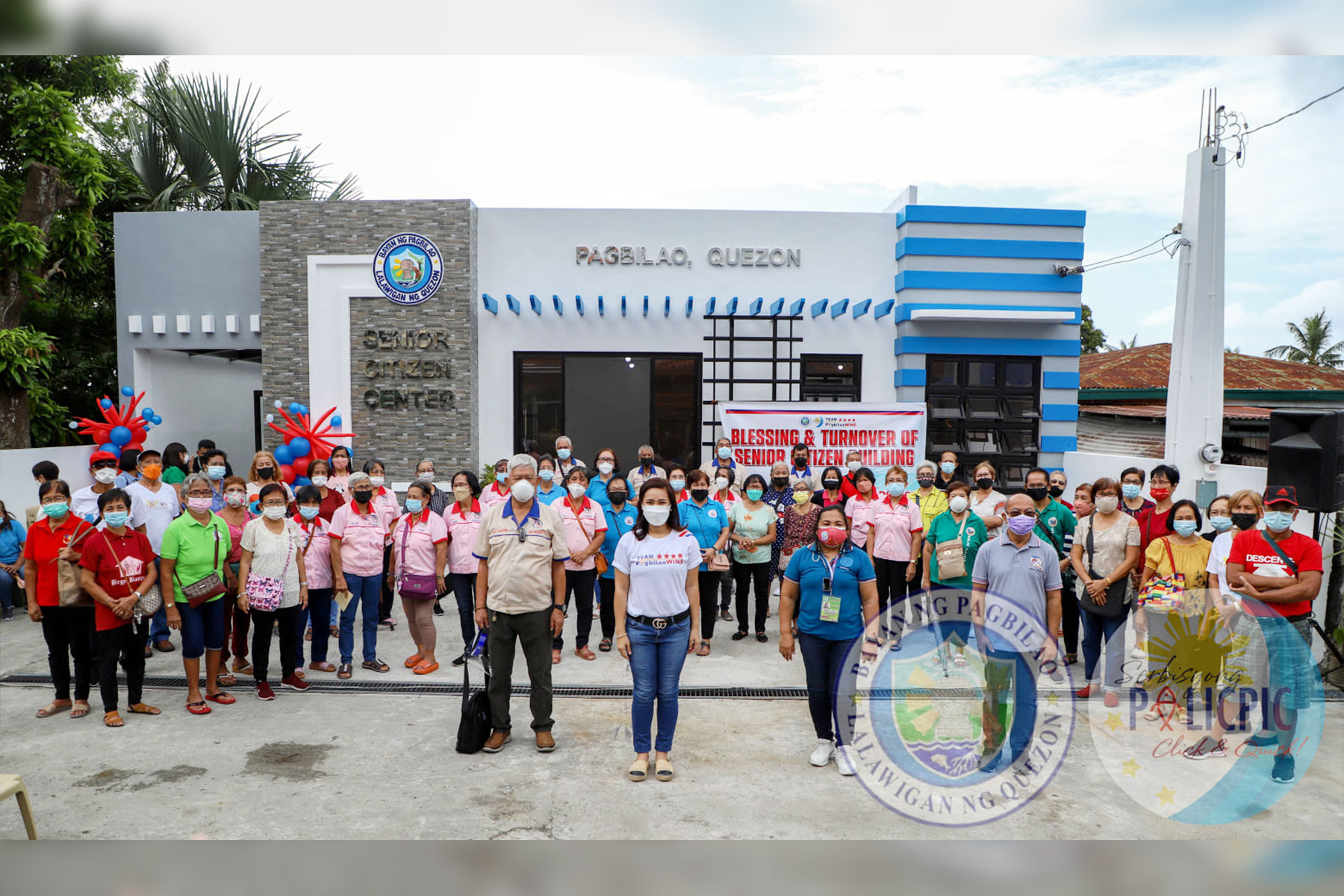 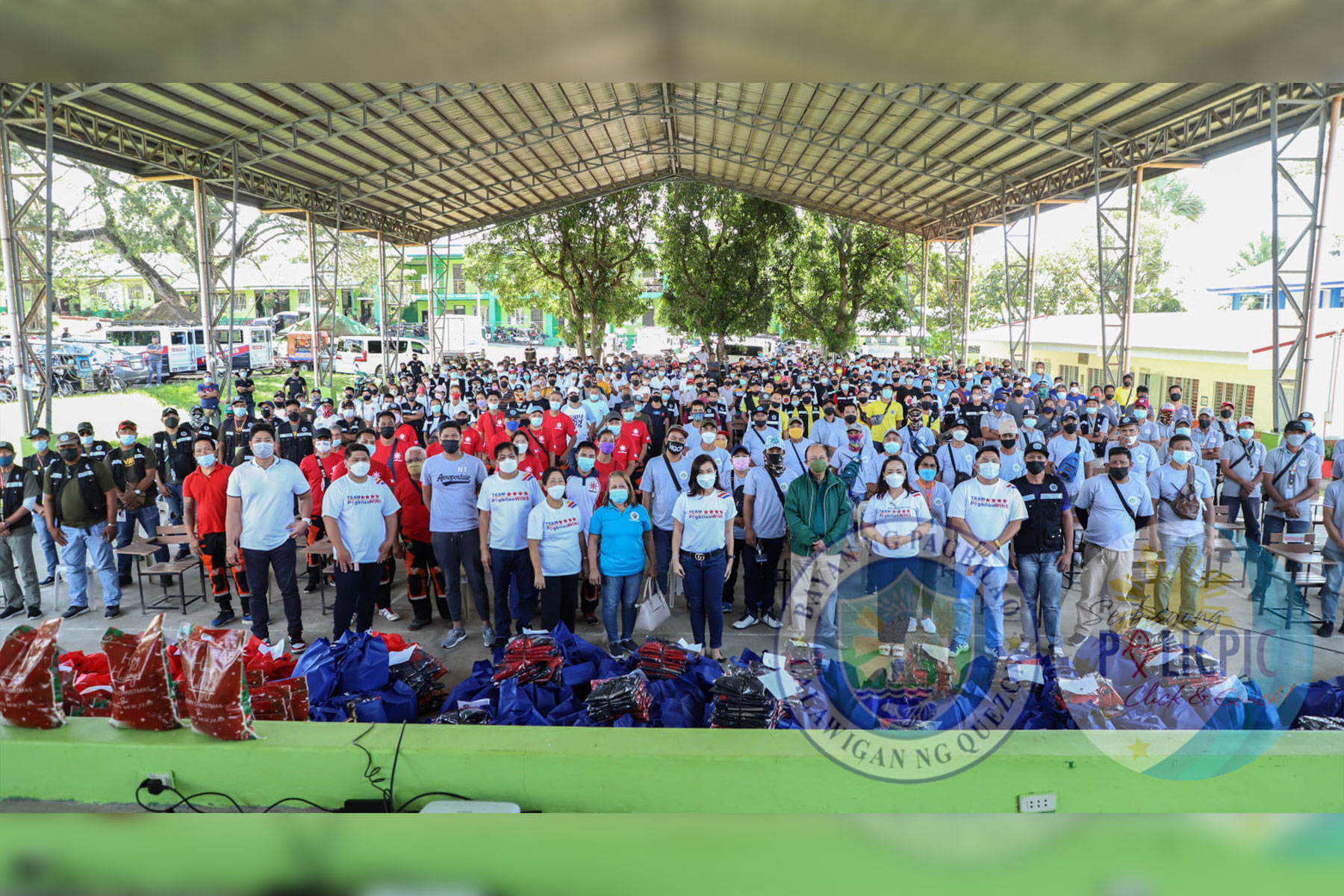 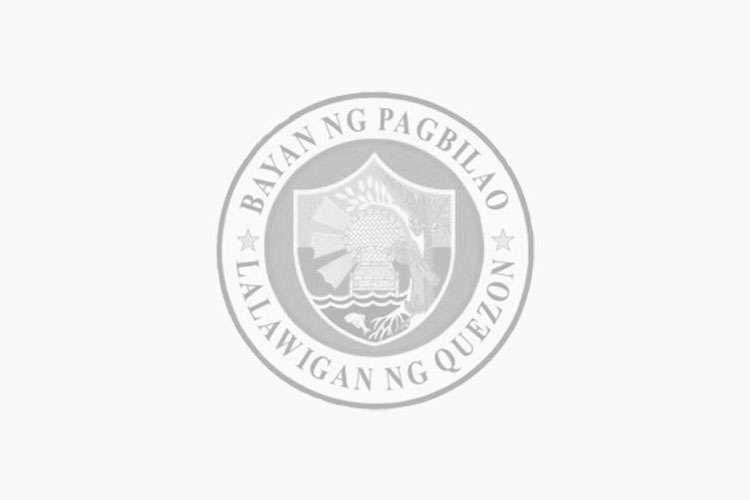