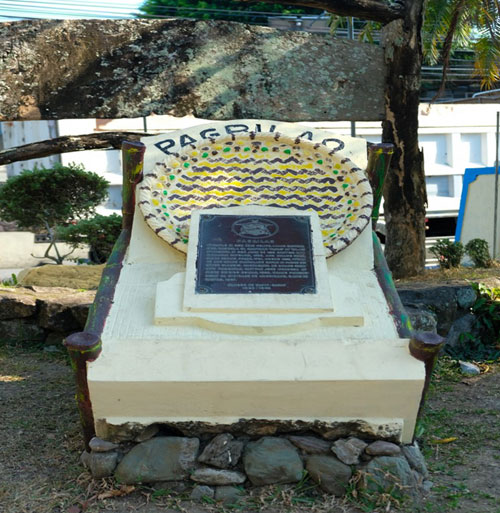 It hardly seems possible that for thousands of years the place where the town of Pagbilao now lies was unknown to other Filipinos. The people then in distant places went about their lives unaware of a great place which lay on the northern part of Tayabas Bay and on the northeastern part of the Sierra Madre mountain range. The accidental discovery of the place was a result of the search for fortune, the trial of the braves and hardy pioneers who wanted to build new homes in the wilderness to be called their own. The place was then thick jungle where all wild native animals roamed. Travel in those days was so hard and dangerous that most natives were content to stay at home. But there were some who wanted to explore and learn more about the neighboring regions.

In the early part of the 17th century, a couple by the name of Pablo and Rita made a long journey across the wilderness bringing with them a handful of rice seedlings and some other useful provisions. Fortune seemed to be with them, they reached the place, the present site of the poblacion of Pagbilao. After a brief stay and learning that the place was a very promising region in the future, they reached their married children from their places of origin and live together making the place their permanent settlement. A few years later the aboriginal inhabitants began to increase in number including tribes from other distant places.

In 1725, a prominent man of the place in the name of Don Luis Felipe ruled the tiny poblacion. His advises were considered by the inhabitants as laws. The people then lived in peace and no sign of disorder existed. They lived in huts furnished with necessary provisions. Native products such as bamboo beds (papag) and winnowing baskets (bilao) were common in the place as their major products. Tagalog was the dialect spoken

One bright day in the early part of 1725, while the natives were busy on their usual trade of business making papag and bilao, a group of Spanish missionaries, mostly catholic priests arrived in the village. It was a traditional belief of the natives that more often, by bad means rather than good ones, the foreigners maltreated the natives and fearing that it may happen, the natives tried to elude the strangers. Realizing that the natives were in panic and afraid, The Spaniards made an excellent idea by raising their right hands wide open symbolizing that they come to make friends with the Filipinos. The natives then became calm and settled in their places in friendly manner. The missionaries tried to talk with the Filipinos using their own language but were not understood. One of the missionaries however, asked a friendly question, accidentally pointing to a bamboo bed. “What is the name of this village?”. Assuming that the question was what the name of the object he was pointing at, one of the villagers quickly replied “PAPAG” and immediately the missionary noted the word papag in his record. Another missionary in the group asked the same question with the same manner pointing to a winnowing basket. “What place is this? “BILAO”, readily answered one of the natives and the word bilao was also noted on the record. After so many exchanges of strange languages between the natives and the strangers, no proper understanding resulted. Then the Spaniards proceed their course westward discussing as to what name they should call the place. The question was resolved however, by calling the place a name derived from the words spoken by the natives and referring to their records the phrase papag-bilao was soon realized. Thinking that the word as too long to pronounce and to shorter the name, they precisely omitted the first two letters from the word PAPAG – P and A – producing therefore the PAG. With the combination of the word PAG and BILAO, the word PAGBILAO finally originated and since then, the place was called PAGBILAO