The Concept of Bilao Festival originated as a salvo to the celebration of Araw ng Parokya on August 31, 2002. This is a joint effort of the Parish of St. Catherine of Alexandria, headed by Msgr. Antonio Obeña and The LGU of Pagbilao, Quezon headed by Mayor Romeo R. Portes. The responsible brains for the Street dancing and showdown competitions were: Casiano M. Ayapana from the LGU, the late Engr. Christopher Ayaton, and Rowena L. Arcelo representing the Parish of St. Catherine of Alexandria.

During the pioneering stage, there were 15 participating groups and composed of religious organizations, schools, barangays and civic organizations. The Team Energy Corporation co-sponsored the Festival.

From the on participation to the Bilao Festival tremendously each year. In 2008, however, the religious counterpart ceased to celebrate with the LGU, instead had its own celebration of Araw ng Parokya. This promoted the LGU to carry through the festivities as part of the tourism development.

It showcases the rich resources, traditions, values, aspirations, customs, history, culture, and arts of the municipality of Municipality of Pagbilao, Quezon through dances, colorful costumes, and extra ordinary props all derived from local materials.

The Pagbilao Harvest Festival, Araw ng Pamilyang Magsasaka at Mangingisda is celebrated annually in recognition for the hardwork of local farmers and fishermen.

Colorful booths of different barangays are highlighted in this celebration wherein you can buy the truly made Pagbilao products like organic vegetables, fruits, seafoods, delicacies, rice, crafts, etc.

One of the most awaited events of PagbilaoWins is Tahanang Papag at Bilao in Zamora, Pornobi at Gen. Luna Streets at Barangay Sta. Catalina. The houses were designed by agricultural materials at different lights which makes it more attractive and appealing to the eyes. 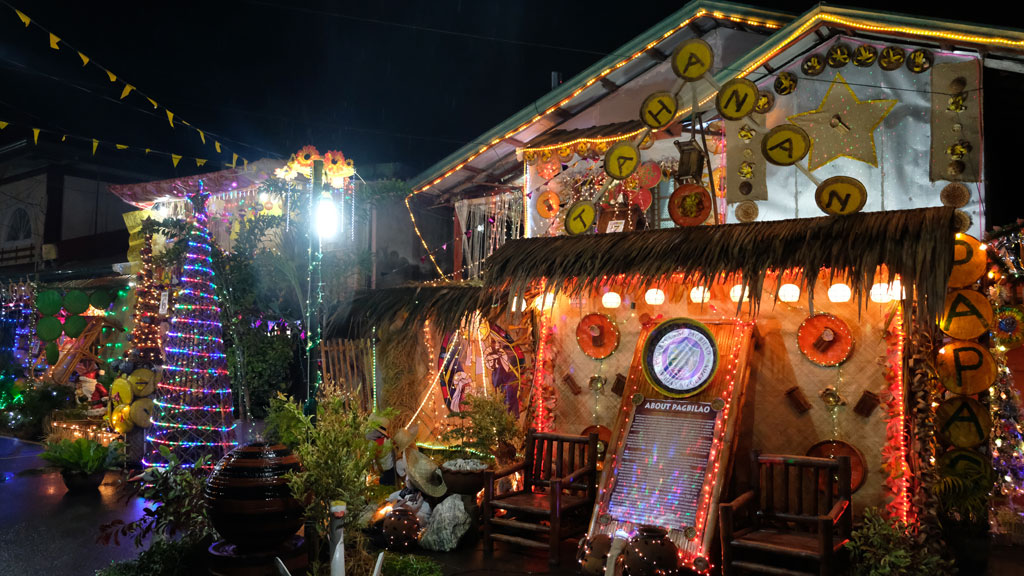 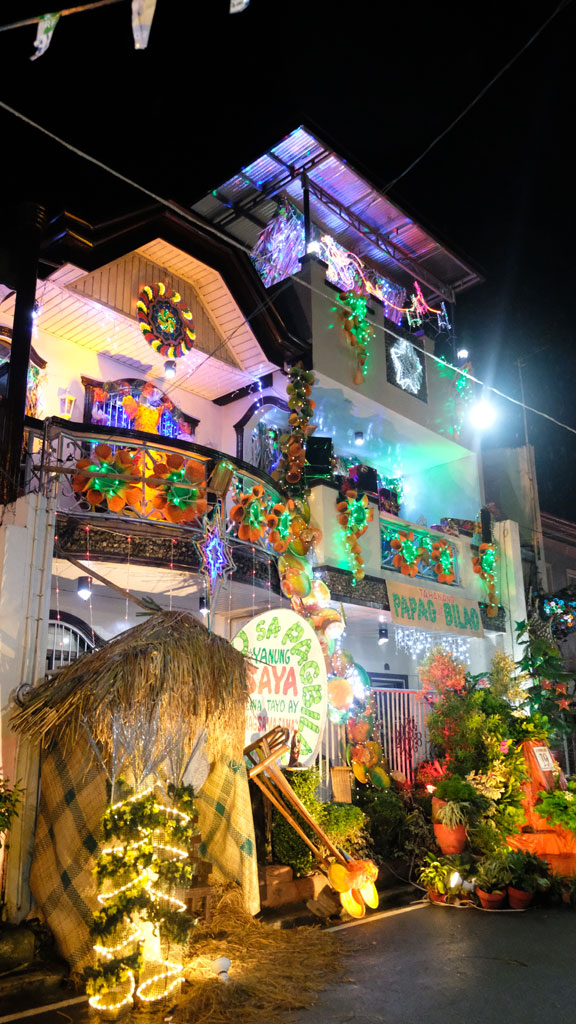 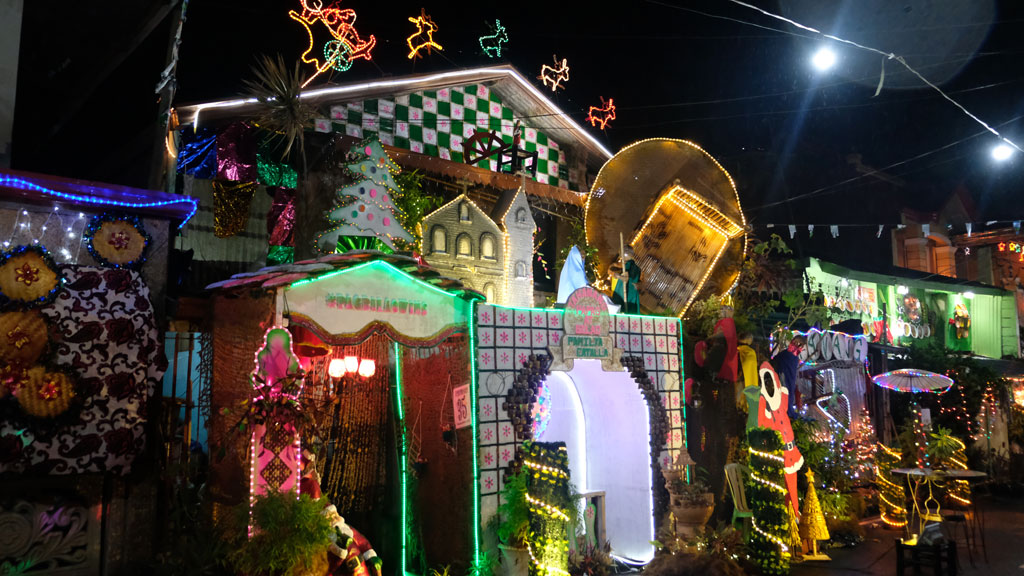 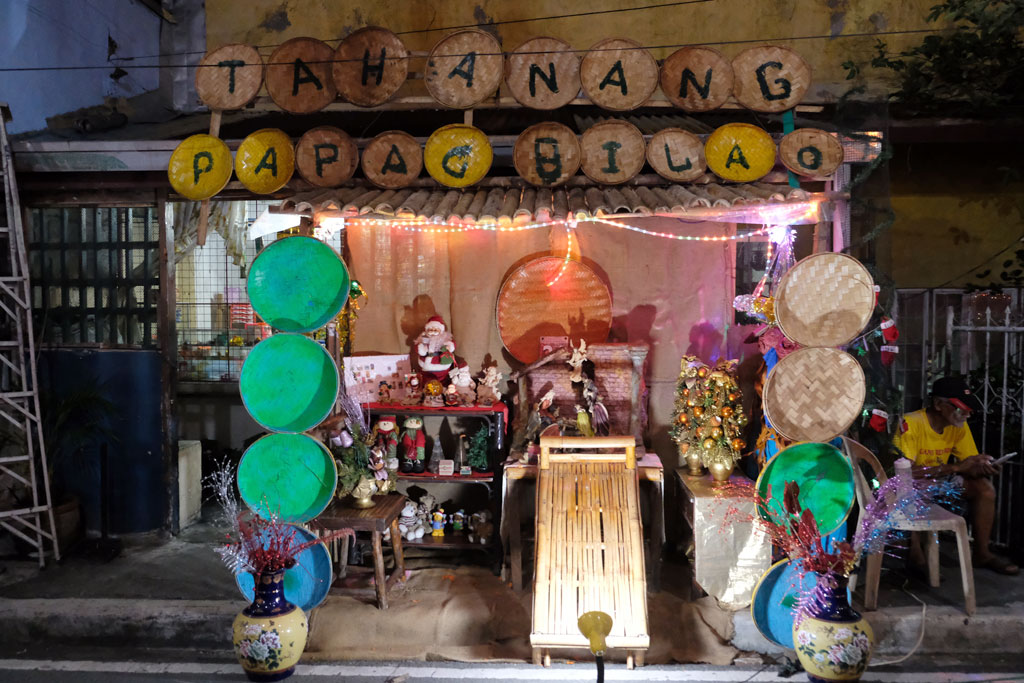 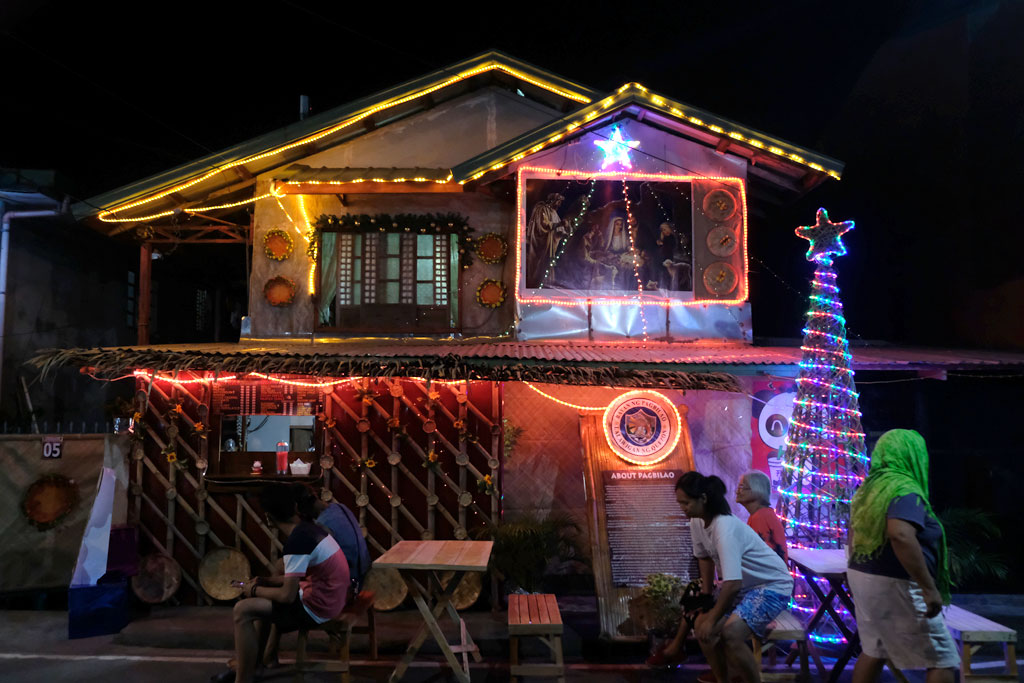 The amazing talents of PagbilaoWINS are showcase in this event. It displays various performances from dancers, singers, actors, magicians of the town of Pagbilao. Applause from the crowd were received of all participating individuals and groups.

The utalent and skills of PagbilaoWins Streetdancers made the municipality to look more even bright and united. The winners of the competition will be the representative to the Quezon’s Niyogyugan Festival Streetdancing Competition where Pagbilaqo bagged the Winning Title of the Niyogyugan Street Dance Showdown Competition for 2 consecutive years – which members are mostly consisted of young PagbilaoWINS.

Lights twinkle and eyes sparkle as Pagbilao opens Christmas season with tons of surprises. From colorful lights to a gigantic Christmas tree, and ending the opening with a jaw dropping fireworks display, Christmas Lighting Ceremony in this town surely is something to watch out for every year.

One of the delicacy made of shredded or whole laing leaves, coconut milk, meat or seafood, chili peppers, and a variety of aromatics including onions, garlic, and ginger. 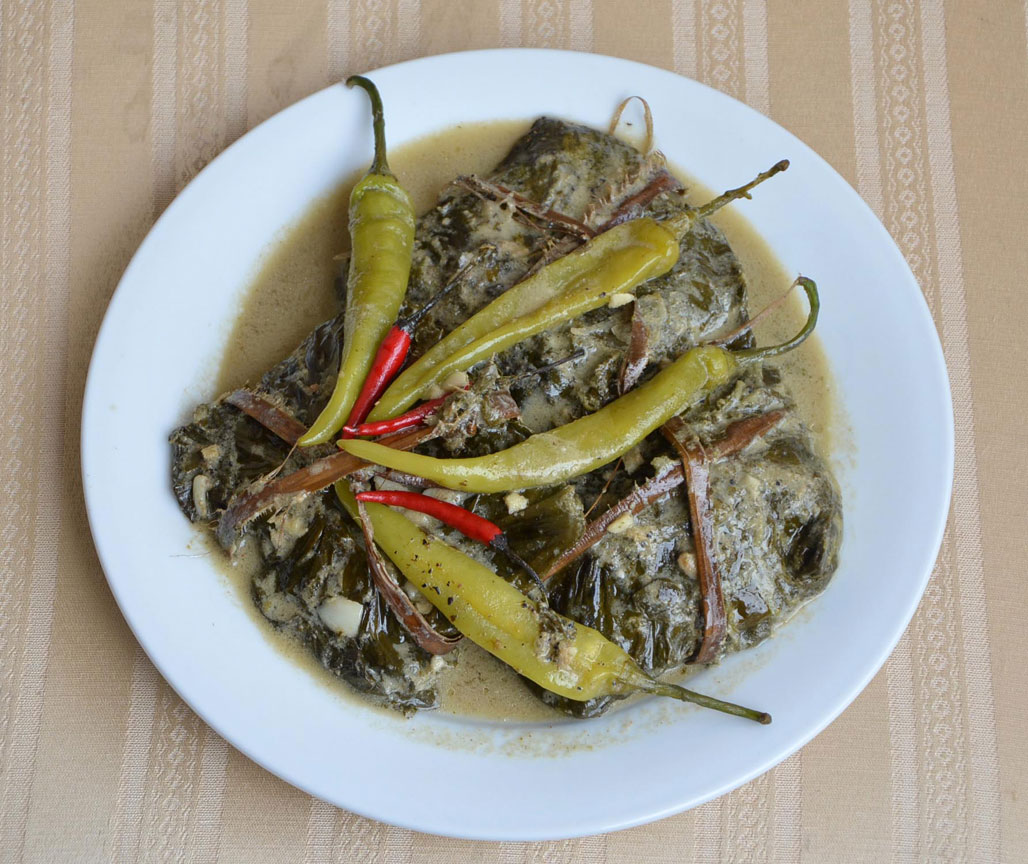 It is made from small shrimp or krill and salt mixture left to marinade and ferment for several days until the salty and earthy flavor develops. It is salty paste and sold in jars or in wet market. 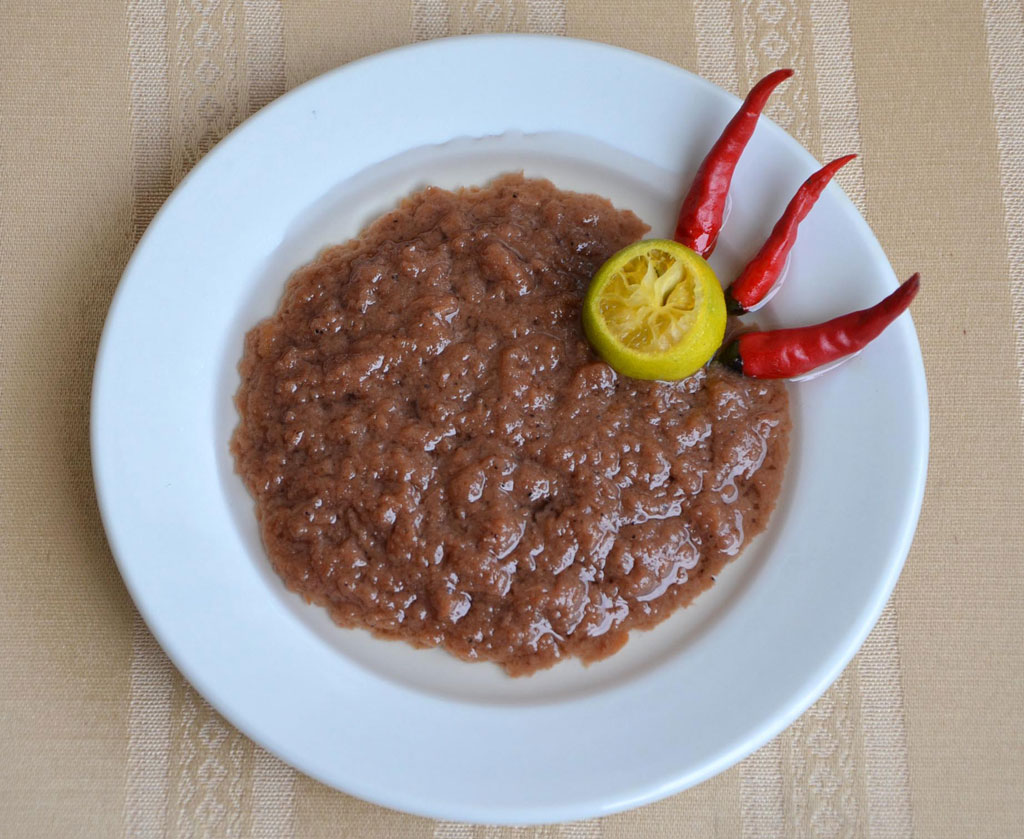 Pinais na Hipon is a shrimp and pork dish wrapped in banana leaves and cooked in coconut milk. It is full of flavor, creamy, and so good with steamed rice! 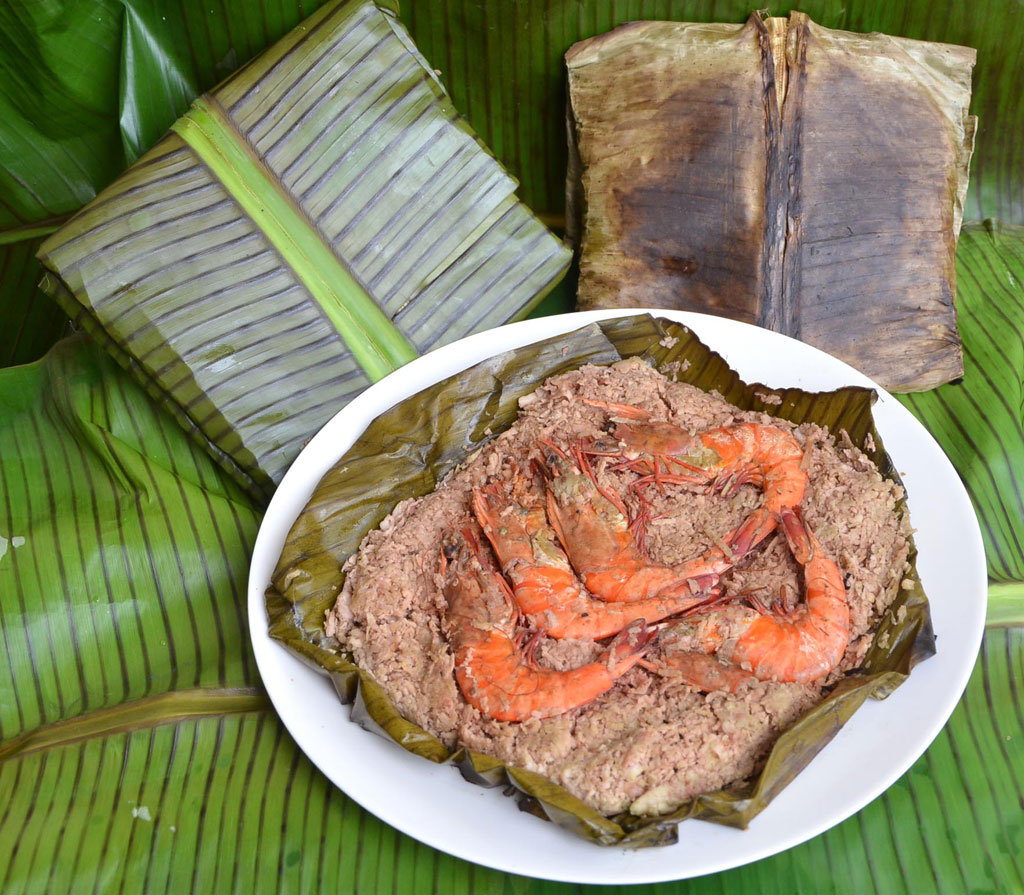 Tinuktok may use specific seafood ingredients like shrimp, fish, crab, or even non-seafood meat like beef, pork, and chicken. Any of these may be used, but they must first be mixed with minced young coconut meat before being wrapped in gabi leaves and cooked in boiling water with coconut milk, called gata. It is usually served spicy, but some people may prefer the non-spicy version